HomeUncategorised Inspiration for Reputation Building at the Movies

Inspiration for Reputation Building at the Movies

9th November 2015 By Phil Comments are Off 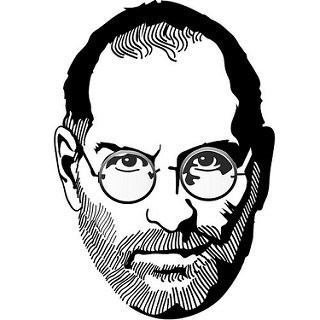 Steve Jobs Vector Image with thanks to Vectorportal.com

As we business owners strive to build up our online reputations, what inspiration is there to be found at the movies? Here are a few films which you may want to track down.  Watching one or more of these while taking time out from the daily grind will certainly inspire you.

Burnt – A recently released film starring Bradley Cooper about a restauranteur who holds two Michelin stars but aims to build up his restaurant’s status and reputation to the highly prestigious 3-star level.
Steve Jobs – Also just hitting the screens right now. What will this film do for Apple’s reputation as Michael Fassbender portrays Steve job’s unpleasantness to his business colleagues as he builds Apple up from the verge of bankruptcy back to profitability?
Birdman – Michael Keaton plays Riggan Thomson, a veteran film actor who is eager to rebuild his reputation.
The Social Network – The story of how Mark Zuckerberg transforms himself from a Harvard student to the founder of Facebook, building up his reputation as one of the most successful entrpreneurs of all time.
Glengarry Glen Ross – Shows the more aggressive side of business and the lengths some business people may go to to make sales, but at the expense of a good reputation.
The Pursuit of Happyness – Will Smith plays Chris Gardner who raises himself up from homelessness to a position as a reputable and successful Wall Street legend.
The Kings Speech – An unsure and stuttering monarch has to get himself together with the help of a speech therapist and make his first wartime radio broadcast on Britain’s declaration of war on Germany in 1939.
Gandhi – the film amplifies how Mahatma Gandhi gained a reputation as one of the top 25 political icons of all time.
The Insider – The story of how two men battle to save their reputations as Corporate America uses all its legal might to save a billion-dollar-a-year habit.